After improving yesterday, the inconsolable, inconsistent imp (that's assonance by the way) has plunged, precipitously , (that's alliteration) .....to number 124. 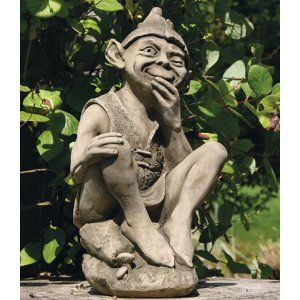 Wehe . . . our daily update of where Darryl Impey finished.

Not sure why Moffie is so obsessed with Impey. No-one predicted he'd win anything and no-one said they were pulling for him or anything . . . and yet day after day Moffie is banging on about where Impey finished on the day.
The person who cares least about whether he finished 126th or 26th is probably Impey himself. As I tried to explain to the terminally stupid Moffie, Impey is not competing in the GC and he's not competing for the Green Jersey either. Impey came to the tour to support Matteo Trentin and maybe, just maybe win a stage. His achievements in this year's Tour are already beyond his wildest dreams and I'm sure he'd be laughing out loud to see some drunken old fool from Chicago demonstrating what an ignorant noob he is when it comes to the Tour de France.
Absolutely fantastic stage today. The commentators, the cycling journos and the fans all agree this is the most open Tour de France for many years with so many riders still in with a chance to win the Maillot Jaune. Often by now it's either a foregone conclusion or a two horse race. Not this year!
Julian Alaphilippe has surprised everyone with how long he has stayed in the Yellow Jersey but today he showed the first signs of weakness and I'm doubting he's going to fend off the many challengers when they get to the Alps. Thibaut Pinot looks the strongest rider to me but he still has to make up for that time he lost in such unlucky fashion in stage 10 and in previous years he hasn't proved to be the strongest rider in the final week.
Mitchelton-Scott must be kicking themselves for picking the wrong Yates twin. Same can be said for Team Movistar who picked Nairo Quintana as team leader rather than the ultra-consistent Mikel Landa. Team Ineos don't look nearly as dominant without Chris Froome, although Geraint Thomas and Egan Bernal still look like strong contenders. Team Jumbo Visma have arguably been the most successful team at this year's Tour and Steven Kruiswijk has more riders helping him at the end of the big climbs than anyone else but he's still to win a stage himself and I don't think he can cope with Pinot on the steeper slopes . . . although he still has a few seconds advantage over Pinot.
Big surprise has been the young German Emmanuel Buchmann. Well done to Simon Yates today and well done to Alaphilippe for still hanging in there. Peter Sagan has the Green Jersey in the bag assuming he doesn't crash while the race for the Polka Dot jersey is as wide open as the race for Yellow.
One week to go and what a week it's going to be! No doubt Moffie will be focussing on Darryl Impey all week but the obsessive noob is missing a great Tour de France . . . and is too stupid to know it!
LMAO!

As I was saying, it was easy to lose a young bird at the breaking in period, however, there is a simple solution which I found very successful. It is very frustrating losing a young bird after having spent so much time planning and hoping to have one that will form part of your future racing team.

But that aside for the moment let's just touch on an earlier mention of stabilizing the pigeons stomach and getting its poo spot on......nutty brown with a white cookie on top. The secret was in the feed, Jungle Oats and Linseed as opposed to the normal racing feed of mealie, beans and peas. Racing mix is essential for obvious reasons so the idea is to retain the racing mix but to alternate it with Jungle Oats and Linseed. I guess the two can be combined with the racing mix but then it's critical to get the proportions spot on. Also, you might find that the pigeon is very selective with its feed, it might completely ignore the normal mix and tuck into the other two. You don't want that. It's far better to alternate the type of feed.

Excellent piece on feed Denny. No doubt this is one of the factors we could have managed better. I trust you will be expanding on the loss of young birds at some....er ....suitable time.

Cycling has never been of much interest to me, but last year and this year, more by mistake than anything else, I watched a fair amount of the Tour De France. I kinda figured it was just a free for all and the best guy won, I didn't realise that for the most part, teams are really only in it for one member. It is a hell of a lot more strategic than I ever imagined. The way they all basically do their best to keep their number one rider in someone's slipstream at all times so that he pedals that little bit less than everyone else. Just goes to show how small the margins actually are. I'm not about to buy a bike and start cycling, but I do respect how much of a team sport it actually is.


You'd be better off buying a few good pigeons Bloo, far more cerebral and you avoid the strong possibility of being run over by a drug crazed, new driver texting while driving a ten ton truck.

bluebok, I can't think of too many other sports where individuals sacrifice themselves for the cause of the team than Grand Tour cycling.

Recent examples would be the young David Gaudu emptying his tank to lead his captain Thibaut Pinot up the final climb in stages 14 and 15 or the Kiwi George Bennett doing the same thing for his team leader Steven Kruiswijk.
But it's not just in the climbs. Most teams with a strong sprinter will pack their team with as many lead-out men as they can. These are guys who'll give it maximum power about 500m out from the finish line knowing they can't sustain that effort all the way to the finish but hoping their main man is in their slipstream so he can pull out at the right time and launch himself to victory in the last 200m or so of a bunch sprint. Examples are Max Richeze leading Elia Viviani out to his first Tour de France stage win in stage 4 or Mike Teunissen leading out Dylan Groenewegen to win stage 11.
Then you get the grafters who sacrifice themselves riding at the front of the peloton to chase down a breakaway. In this year's Tour Team Deceuninck Quickstep have held the Yellow Jersey for the last week or so and obviously they don't expect the Yellow Jersey Julian Alaphilippe to chase the breakaway himself so you get a guy like Kasper Asgreen - a world-class Time Trialist in his own right - working tirelessly at the front of the peloton day after day to ensure the breakaway doesn't threaten the Yellow Jersey without Alaphilippe expending unnecessary energy.
Once in a while the grafters get an unexpected reward for their efforts. A good example is the great Miguel Indurain when he was still riding for Banesto team leader Pedro Delgado and they were on the final climb of the stage. Delgado cracked and motioned to Indurain to take over and try win the stage himself which Indurain did, proving what a class rider he was and so becoming the leader of the Banesto team in the next Tour de France and winning the first of his 5 consecutive titles. A more recent example is in this year's very first stage where Dylan Groenewegen's lead-out man Mike Teunissen was under a kilometer from the finish and turned around to see whether Groenewegen was on his wheel only to find out Groenewegen had crashed and wouldn't be involved at all. Teunissen took the rare opportunity to try and win it himself and surprised everyone by pipping Peter Sagan and Caleb Ewan on the line for an unexpected but well-deserved stage win.
But the best example of a rider working for a team-mate and getting a reward was recently when Polka Dot Jersey Tim Wellens from Team Lotto Soudal was tired from his efforts the previous day so the team sent Thomas De Gendt into the breakaway, not to win the stage or anything but to grab King of the Mountains points from any of Wellens's threats. De Gendt took the maximum King of the Mountains points available and was still so strong that he held off the flying Julian Alaphilippe and Thibaut Pinot to win the stage.
The tactics and strategies on any given day are diverse and complex. I know one drunken old fool who thinks that pigeons could make the same kind of calculations that the Tour riders have to make, but if a pigeon can calculate at what speed they'll need to ride to pull back the breakaway . . . or work out if anyone in the breakaway is a threat to any of their GC leaders . . . or know how many King of the Mountains points are still up for grabs and who might win them . . . or set up a sprint train for the intermediate or final sprint . . . or check in on the team radio for instructions . . . well then, either pigeons are a heck of a lot smarter than I gave them credit for or else the drunken old fool I'm referring to is even dumber than I thought . . . and that barely seems possible!
It's the world's greatest race and this year's edition is an absolute cracker!

Deworming, an often neglected practice is essential to the racing pigeon's health. I struggled with that one simply because there was so little if any literature on the subject in those days. For example, how many times a year do you deworm them, is it once a month? once every 3, 6 or 12 months? Again, animals don't speak so the chemist, vet and minder in you has to find answers through trial and error. I got onto a liquid dewormer which I mixed with the pigeons drinking water, I still don't know what measure of success I gained but the fact that none of them got sick or keeled over and died must bare testimony to the fact that I was doing the right thing. Once it kicked in there was an awful amount of shitting going on which was noticeably watery in texture and awfully green in colour. Needless to say I kept the scraper handy and diligently cleaned up as quickly as possible.......keeping the loft floor and surroundings clean is a top priority when dealing with pigeons, their lungs and breathing is highly sensitive. Unfortunately  pigeons can't be potty trained, they crap everywhere, its just their nature. You know when I think back now, I guess the best thing to do with regards to the timing of the deworming process, start it before the racing season commences......yes, that makes a lot of sense and then follow ups say 3 months later.